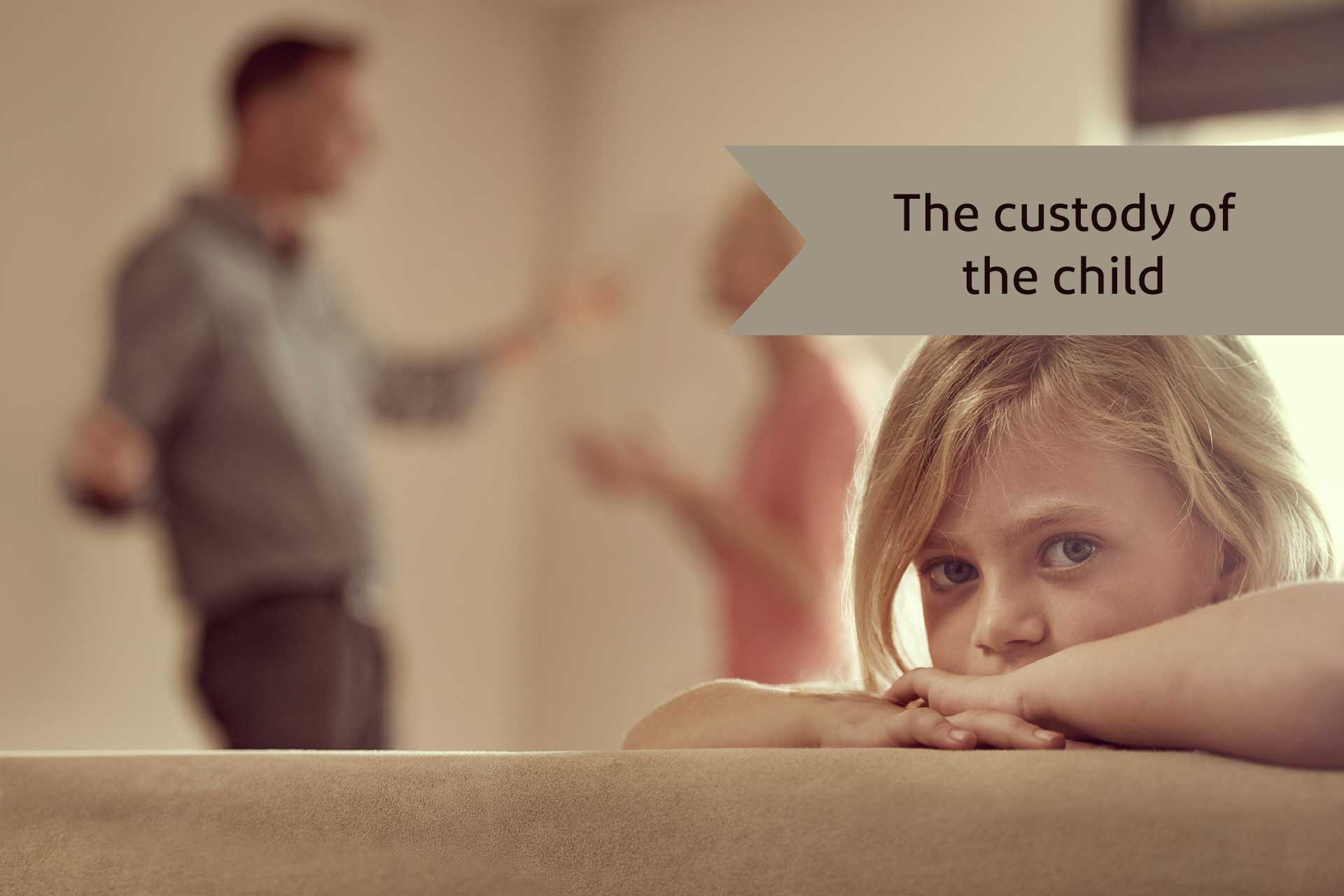 The custody of the child

After the age of one week, in the event of a dispute, the custody of the child shall be at the discretion of the court in the best interests of the child. In fact, it is called custody in Iranian law.

According to the two articles mentioned, custody is the authority that the law has given to their parents in order to take care of and raise children. In this authority, right and duty are intertwined.

Custody is domination of the child’s upbringing. Parents’ rights are a means of fulfilling their duties and can be divided into two elements: child care and upbringing.

Persons in charge of child custody

Custody of the child is primarily the right and duty of the parents. But when one or both parents die or the parents separate, it is up to the child to take custody so that a good decision can be made based on the best interests of the child.

From the set of provisions in the Civil Code and the Family Protection Law, it can be seen that custody of a child will be with the other in the event of the death of one parent. In the next degree, the persons in charge of custody are the paternal ancestor and the guardian appointed by them, who will have the authority to take custody.

Custody of a child before the age of seven

Custody of a child or children (both boys and girls) is with the mother until the age of seven, unless the parents agree otherwise. The father has no right to separate children under the age of seven from the mother, unless he has a justifiable excuse and a legal reason, in which case he must also go to court and prove his claim. If the father refuses to give the children to the mother under the age of seven, the mother can apply to the court for an interim injunction to return the child. Due to the fact that according to the law, custody of the child is with the mother, there is no need to prove something in court and the court will immediately issue a return order for the child. This sentence is immediately enforceable.

Custody of a child after the age of seven

Custody of a child after puberty

Custody of a child after divorce

The law also stipulates custody of a child after divorce. Accordingly, custody of a daughter and son is with the mother until the age of seven and then until puberty with the father.

According to civil law, the nature of child custody is a right and a responsibility of parents. This means that the parents have the right to take care of their child and also the parents are legally obliged to do so. So if one parent refuses to do so, the other can sue.

Custody of the child after the death of the father

The custody of a child or minor children whose fathers have risen to the high position of martyrdom or died is entrusted to their mothers, in addition to which the government or, in the event of the father’s testimony, the Veterans Foundation pays the children’s living expenses to their mothers within normal limits.

Custody of the child in case of marriage of the mother

The legislature has allowed the mother to continue to take custody of the children in the event of remarriage, but by law the husband must give custody to his wife, and it is customary for the husband to appear at the custody office and give his or her written consent. It is necessary to mention two points here: First, regardless of the fact that the uncle or aunt has no role in custody, if the mother is not competent to take care of the children, this right is taken away from her by the court, for example a woman with a bad reputation. Or her behavior is inappropriate and effective in the upbringing of children. If the paternal grandfather declares this matter to the court and requests the disqualification of the mother, the court will investigate the matter in an appropriate manner and instruct the assistants or the police to refer to The place of residence of the children and their mother, if the claim of the paternal grandfather or any other person who has declared it is true and the custody of the children by the mother is not expedient, custody will be given to him and otherwise from relatives and relatives to a person Who are eligible for custody are deposited. Second, custody includes only the physical and mental upbringing of the child, through means such as nutrition, upbringing, upbringing and education and what is necessary for his survival, but important financial matters of the child, such as real estate transfers, buying and selling a house and the like. It is the responsibility of the paternal grandfather. To these can be added important non-financial issues, such as getting a passport or getting married.

Deprivation of custody of a child

A child custody lawsuit is filed when one of the parents files a lawsuit against the custodial parent based on incompetence in custody of the child. Child custody lawsuits include child abuse, including unusual beatings, forcing a child to beg or commit prostitution and trafficking, child abuse and neglect, alcohol and drug addiction, a reputation for immorality, and prostitution and addiction. He referred to gambling or the death of a custodial parent. Also, if the custody of the child is with the mother, with his remarriage, the father can file a lawsuit to disqualify the mother. In other cases of disqualification, the evidence is with the plaintiff and the plaintiff can attract witnesses and others by requesting expertise. Prove the evidence of your claim.

Any parent who claims that the other party is incompetent can file a petition for custody based on one or more of the above. Of course, a mere claim is not enough, and the plaintiff must also provide plausible evidence to the court. Like the following examples:

If he claims that the other party is beating the child, in cases where the effects of the beating are not obvious or psychological harassment has occurred, he must have a witness or have obtained a forensic certificate.

If there are signs of beatings on the child’s body, he can present a forensic medical certificate to the court.

A person who does not have custody is not generally barred from visiting his or her child.

She has the right to visit her child, and if the parents do not agree on the arrangement of this visit, for example, her time and place, the court will determine the task in this regard.

This right is a right that is also recognized by law, to the extent that if the custodian prevents the other party from meeting the child, the court will act and make the appropriate decision, for example, it may revoke custody or a person Appoint a supervisor (Article 41 of the Family Protection Law).

Also, the custodian cannot take the child in custody abroad without the knowledge and consent of the other party; This can only be done if the court deems it in the best interests of the child and allows it, taking into account the right of access of entitled persons