After the turbulent period of Corona, the need for more world peace is greater

By : Amirhossein Gharaati Apr 11, 2020 Comments Off on After the turbulent period of Corona, the need for more world peace is greater 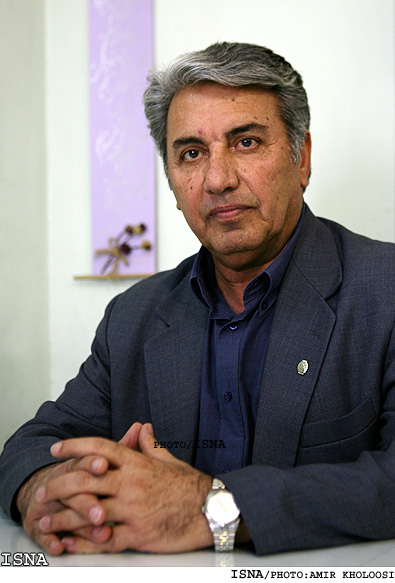 Alemohammad: After the turbulent period of Corona, the need for more world peace is greater.

Seyyed Mohammad Sadegh Alemohammad Said:”After the turbulent period of Corona, the countries of the world will become more interdependent and need each other, so more careful planning is needed than ever before, and therefore the need for more world peace is greater,” said one lawyer. It shows itself.
In an interview with ISNA , Alemohammad
Regarding the most important things that officials should plan for the post-Cretan era, said : These include planning to alleviate and reduce the adverse psychological effects of the coronavirus and attempting to treat its mental and emotional patients, as well as trying to rebuild society in terms of the harmful psychological and neurological effects of the virus using psychological and psychiatric specialties. It is a method of psychotherapy.
Planning to mitigate and reduce conflicts, disputes and disputes over the occurrence and prevalence of corona, including family and legal disputes and economic and social disputes,” he said, is another way to plan for the post-coronary era. Crimes and criminal acts and the prevention of financial crimes and the commission of crimes that may be caused by economic crises, as well as the elimination of these anomalies and other such anomalies are other solutions for the post-Corona era.
Economic planning to repair and rebuild society and eliminate the adverse economic effects of corona and try to create economic balance in society is another measure in the post-corona period, because corona has stopped some economic elements by stopping economic activities. And it has created social incompatibility that has led to unparalleled recession and unemployment.
Al-Mohammad called “planning for useful relations between governments and international relations” one of the other preparations of the countries for the post-colonial era and said: “Establishing a kind of friendly and coordinated coordination and design for trade and economic relations will be beneficial and peaceful.” Attempts to reduce hostile relations and refrain from pursuing a policy of Cold War or any other action that causes seizures in international relations should also be considered for the post-Corona period.
After the turbulent period of Corona, the countries of the world will become more interdependent and more in need of each other,” he said. “Today, there is no country that can meet its scientific and economic needs alone. Exports and imports can manage themselves. All continents are interdependent, so more detailed planning is needed than ever before, which is why the need for global peace is even greater.
Al-Mohammad added: “In order to maintain lasting peace, programs must be provided so that governments can communicate with each other through various high-level human relations, and the economic and political roots of war must be dried up.”
He stressed that “the perpetrators of any crime must be identified and neutralized and scientific solutions must be obtained in order to prevent and reduce crimes,” he said. And be prevented from doing so. It is also necessary to plan for societies to have equal and equal opportunities to fight against unknown diseases and viruses that often endanger human lives, as well as the power of scientific diagnosis in terms of treatment and the provision of medical equipment in every way. And be prepared not to hesitate to help each other.
Another plan for the post-Corona era is to ban the production of nuclear weapons and massacre altogether, and to make it possible for all human beings to have an equitable distribution of wealth and to take advantage of all opportunities equally,” he said. Also, the facilities of education and higher education should be made possible for the public, and the standards of fair trial, observance of public freedoms, and the abolition and destruction of dictatorial regimes should be considered the ultimate goal of human beings and should be a goal other than honoring and sustaining humanity. Unlimited and unconditional insurance is the guarantor of all kinds of risks to human beings.
In the end, Al-Mohammad said: “From a legal point of view, in relation to the rights of contracts and obligations, Crona is undoubtedly one of the obvious and obvious examples of force majeure or external cause. The obligor will be liable for the payment of damages, so the obligors are not liable to the obligor for damages because they are beyond their power and there has been an external cause.